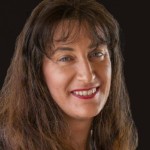 A keen musician with two science degrees, Simone Collins followed her heart to a career in natural health, choosing modalities that empower one to take charge of their own health rather than becoming dependent on a therapist to fix them and ultimately leading her to found Totally Sound Health. This is her story.

Growing up with natural therapies

I have had a strong interest in “energy medicine” since childhood thanks to my father, a GP (now retired) who integrated complementary medicine with orthodox medicine well before natural medicine was accepted by the general public!

Aches and pains were treated in our family by massaging pressure points, using essences or applying magnetotherapy, and his extensive book collection contained titles from colour therapy to homoeopathy and beyond. We also went to naturopaths, kinesiologists and so on.

The healing effects of music

Another love I inherited from my father was music. Music has always been an enormous part of my life. If I wasn’t playing music myself, I was listening to it. Through a combination of loud music and recurrent ear infections as a child, I had developed noise induced hearing loss and tinnitus by the time I was 14 years old.

I had wanted to pursue a career in music, but was strongly encouraged by my parents to study science at university instead. I completed degrees in Physics, Applied Maths and Information Technology Systems at the University of Western Australia, and subsequently embarked upon a very unsatisfying career in IT.

I stumbled across Joudry Sound Therapy, a listening program based on the work of ENT specialist Dr Alfred Tomatis, in 2003. Within 6 months my tinnitus was gone and my hearing had substantially improved – thanks to the right sort of music!

That was the turning point for me to start following my passion and retrain in natural therapies, after having gained 2 science degrees and many years working in the IT industry. I have been working with Joudry Sound Therapy since completing training through Sound Therapy International in 2003, and I qualified as a reflexologist (through Caulfield College of Reflexology and Kinesiology) in 2005. After a break to bring my two beautiful little girls into this world, I also qualified as a massage therapist (through Paramount College) in 2009, Reiki practitioner in 2010, and Audiometric Officer approved by WorkCover in 2011. I have also completed many workshops on other methods of energy healing, and several modules on Flower Essence therapy.

In 2010 I learned about the ground breaking work of nutritional microbiologist Dr Robert Young, and have adopted the alkaline lifestyle he recommends in his pH Miracle program. Finding it difficult to track down more alkaline groceries, I started gathering together the supplies we now sell online and in our physical store, to make it easier for others to adopt a similar lifestyle.

In May 2014 I became an Earth Angel Realms Certified Realm Reader, to help my clients better understand their life purpose, communication style and relationship styles. I very much believe in taking a holistic approach, and the more we can understand ourselves, the easier it is to let life flow.

I completed my Reiki mastery in April 2016, to be able to teach and attune others to reiki healing engery as well.

I wholeheartedly believe in the modalities I work with, having experienced their health benefits first hand. I generally am drawn to modalities which have a sound science behind them, but also work with energy, having completed training in Reiki and chakra balancing, and I work on an intuitive level as well. I’ve had my fair share of health challenges over the years, from arthritis to heart problems, so am very empathetic with those I work with! I also suffered from back and neck pain for many years myself and can certainly attest to how wonderful it is to have a massage or reflexology session with a therapist with a nice firm touch!

Whether you have a health concern that needs attending to, or simply want to maintain your health at an optimal level, I look forward to working with you, helping your body to heal itself.