Reflexology as effective as nasal irrigation for alleviation of chronic sinusitis 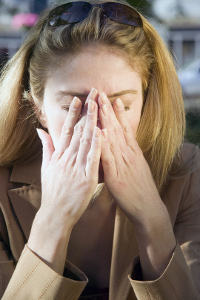 With my Sound Therapy work, I regularly come across people who have problems with chronic sinusitis. So I was particularly interested by this bit of research I came across today:

“Reflexology massage” was found to be as effective as nasal irrigation for alleviation of chronic sinusitis in a University of Wisconsin School of Medicine study.

Dr. Andrew Weil’s Self Healing reports that “After two weeks of daily treatment, more than 70 percent of those who practiced either form of nasal douching reported improved symptoms. But surprisingly, the group that practiced reflexology massage – where pressure is applied to the feet or hands but may produce changes elsewhere in the body – appeared to fare equally well. The unexpected results for this technique may prompt further research.”

For those that haven’t tried reflexology before, it may be worth considering. If nothing else, you can enjoy a thoroughly relaxing hour while your feet are worked on.