Surround yourself with music 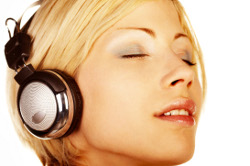 I have recently started reading the autobiography of French ear specialist Dr Alfred Tomatis (whose work Sound Therapy is based on).

“The Conscious Ear: My Life of Transformation Through Listening” is a fascinating read – I’m currently halfway through it – and one part in particular struck a chord with me. Alfred’s father was a singer, and he noted:

“When my father came to Paris I was bathed in music, saturated but happy. While I went about my business, he sat down at the piano and worked… Ever since then, I have worked to the sound of music. When I write my books, when I fling my theories on paper, or meditate pen in hand, I always fill my study with Mozart or some Gregorian chant. I need this acoustic recharge. Moreover, my studies have enabled me to understand music’s workings and appreciate its effects in the most objective way. To some, it may seems to be a whim, but I recommend surrounds oneself with music. It energizes you, just as reading aloud does.”

While I didn’t come across the work of Dr Tomatis until I was 26, I too found at a young age that I operated better if I was surrounded by music. As a baby, my mother put my bassinet in the lounge room and left classical music playing while I slept during the day. She wouldn’t consciously have known about what is now called the “Mozart Effect”, but she certainly did me a big favour! (Now there are classical music CDs marketed for precisely that – using the Mozart Effect on babies.)

I got my first walkman in 1986 when I was 9 years old. It was handed down from my father, and I thought it was the best thing ever. After that time, I was never without music. I always had music going on a radio/cassette player while I was doing my homework and studying, and I found it helped me focus tremendously. It didn’t matter what type of music it was, as long as it was music I enjoyed – even hard rock and heavy metal. With music on, I could focus for hours on my studies. I think my mother was a little concerned at just how much time I spent tucked away in my room, but I was perfectly happy. It got me through high school a year ahead, and by 19 I had completed a degree in physics, and added a second science degree 3 years later.

These days I have 2 young children, and even from 2 years of age they have requested music, in the car and in the home, to be going as much as possible. While I don’t subject them to the rock music I enjoy, they love children’s songs in english and spanish (especially ones they can dance to), and at night they find “mummy’s music” (the filtered classical music of Sound Therapy through an ipillow) to be very soothing if they are having trouble getting to sleep.

I’m certainly more productive and more at ease with some form of music going – even if it’s music I don’t particularly care for, such as rap, at a low level in the background. More than just entertainment, music really is an integral part of life. I think one of the best gifts we can give our children is to foster a love of music in them too. Surround them in music – sing to them, play an instrument while they dance, or play a CD. Viva la musica!